Since 1959, ‚Tubenfigure‘ became the characteristic trademark of Brodwolf. Squeezed-out paint tubes with remains of colour and labels were re-modelled to form human figures which then collaged, assembled and sculpted in uncountable variations in his works. The artist experiences in his works with various, often unconventional materials, which he brings to the context of the figure in a new context.

For Brodwolf, the ‚Tubenfigure‘ represent an ‚archetype‘, of an idealistic fictional character which is applied in the whole spectrum of human life and emotions, based on the body language, they can be laughing, crying, dancing and suffering. Constant evolution of a basic form in diverse situations resulted an amazing variations, where Broldwolf created a complete body of work that is consistent and unite. The success of his form finding is reflected in the numerous exhibitions and prizes accompanying his work since the 1970s. 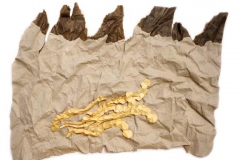 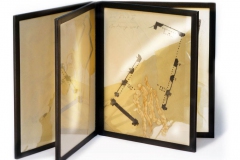 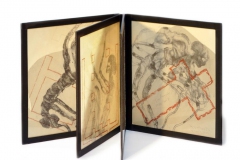 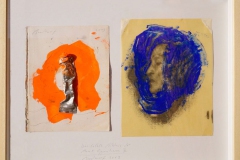